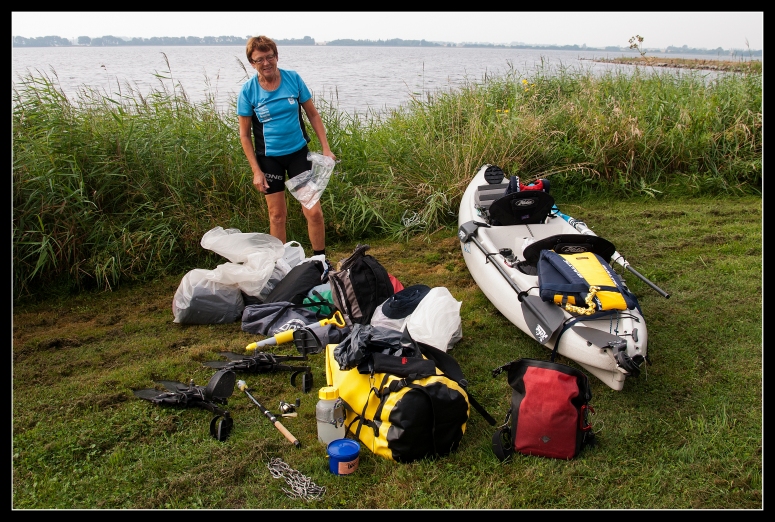 The beginning was a bit hard trying to getting everything packed, but things find their place. Here you see my mum at the starting point. 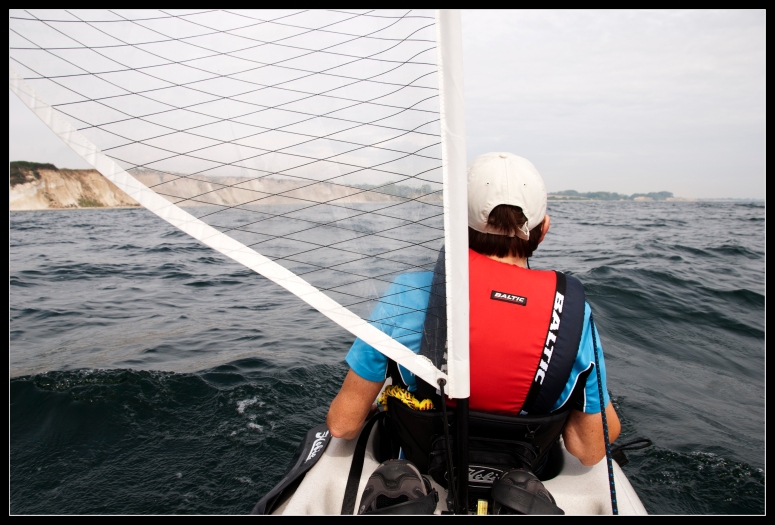 We were going up to 8 km per hour, with a good wind from southwest.

Started from Marie Grubbes road, close to the dam from Bogø at 10.30 am and arrived at Mandemarke Haver 6.30 hours later at 5 pm. It was a good day, with lots of sunshine. We started with 8-9 ms wind, that turned into tailwinds after 7 km, with waves around 1 meter. It was fun to ride the waves, and looking over the shoulder not being able to see over the next wave. But my mum got seasick. With help from the sail, our average speed was around 6, 5 km an hour. The first time we went ashore, we almost went over in the surf, but learn our lesson and didn’t have any problems after that. After our second break, where we had a powernap, the wind dropped to 3-5 ms and the last 9 km was nice and easy. Tired, we arrived at Mandemarke Haver shelters only 15 m. from the water. 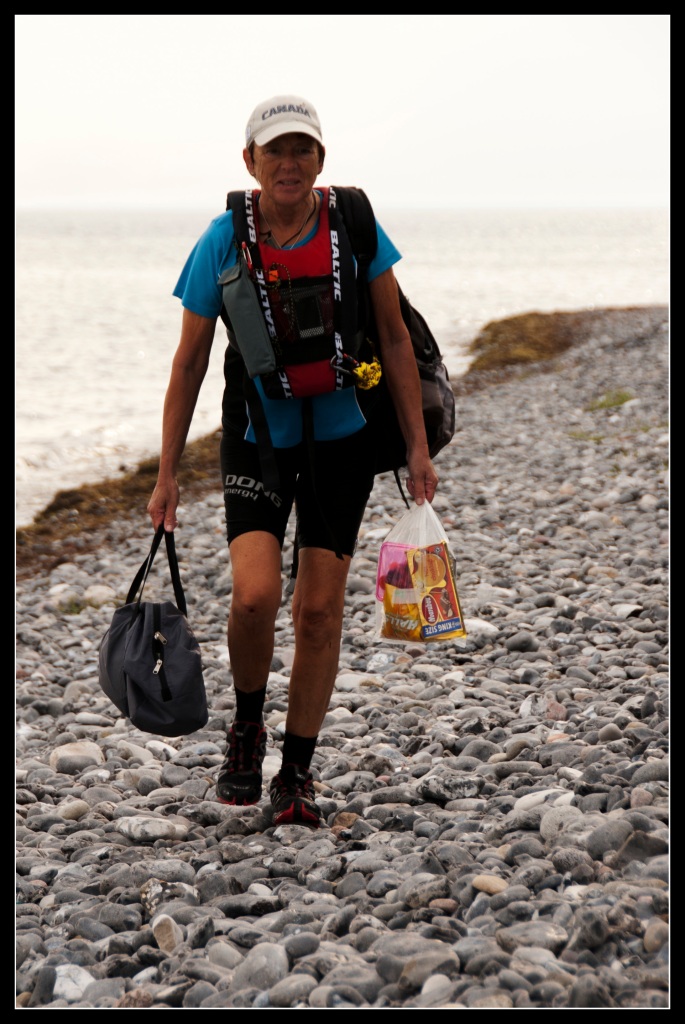 Nice to be on land after 6 hours on the water. 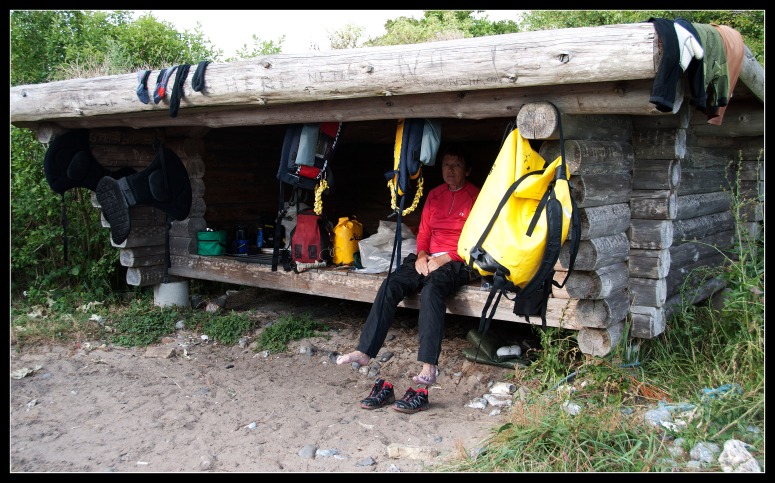 And that we didn’t have to put up the tent 🙂

A quiet morning, great way to start the day

Tiuri arrived with granddad and Liva. He was going to come with us for the last 2 days. 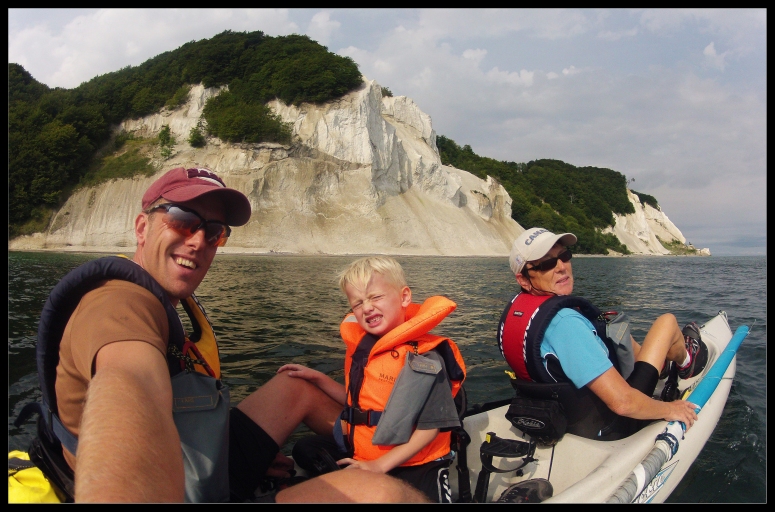 It didn’t take long before we reached the cliff and it was incredible to just glide past the amazing Møns cliff!!

Close to Jydelejer we fund a little sand beach 5 m. with sand, where we stopped for lunch. On the water again, it didn’t take long before we past Hellehavns nakke, and went west for the first time. 10 km the wind picked up, and we could set the sail and glide in the last 7 km to Ulvshale strand camping. We got all of our gear up to our tent, had a shower, Tiuri got a knife for being such a cool boy. We slept well that night. 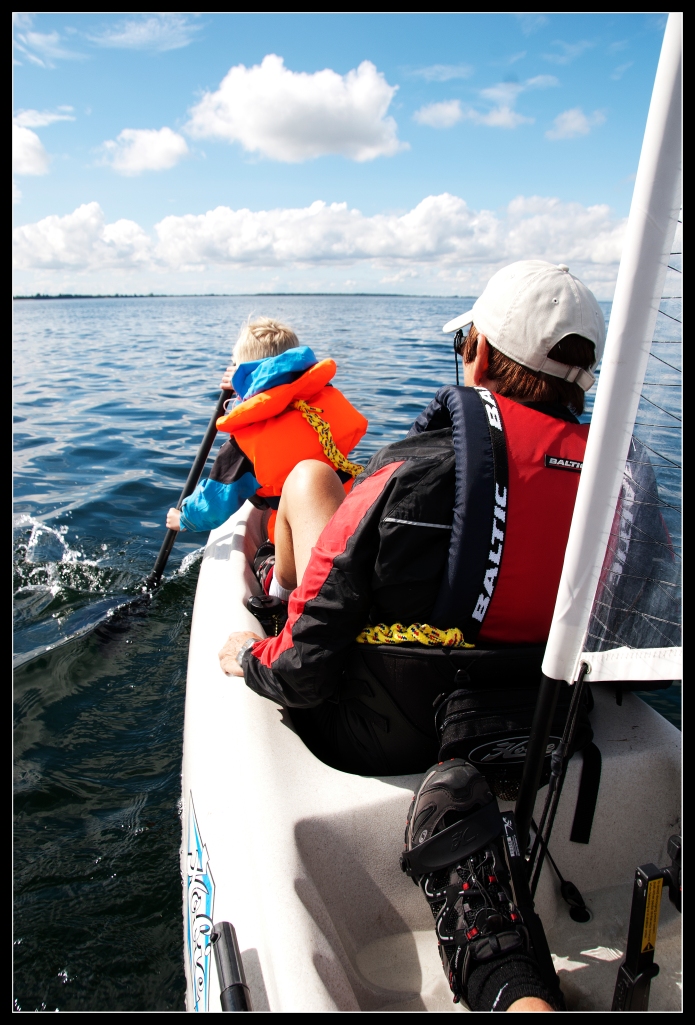 The last bit the wind and Tiuri helped us! 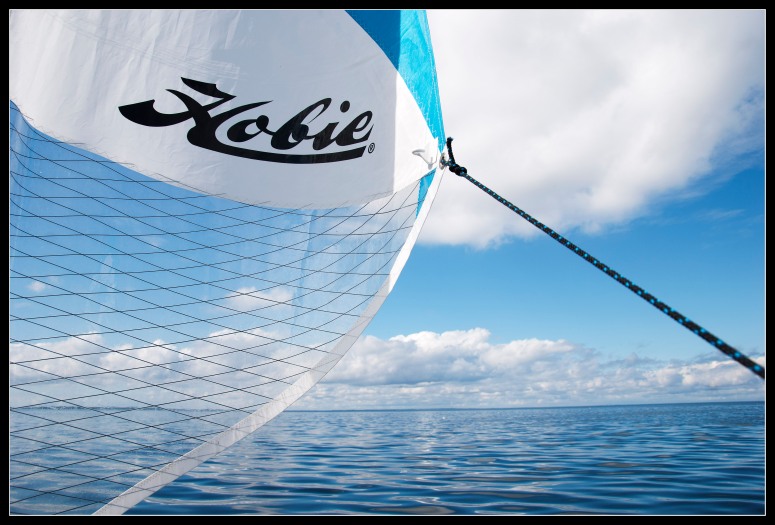 Tiuri proudly showing his knife and we enjoy a lovely night at Ulvshale Strand Camping.

Early start, 6 am, to try and avoid the strong winds later in the day, up to 11 m/s. Before we were ready to go it was 8 am. Also had to wait to pay. First we had a tailwind to Bøgenæs beach, where we got stuck on the sandbanks. But we found the fairway again came around and from there we had headwinds the rest of the day. 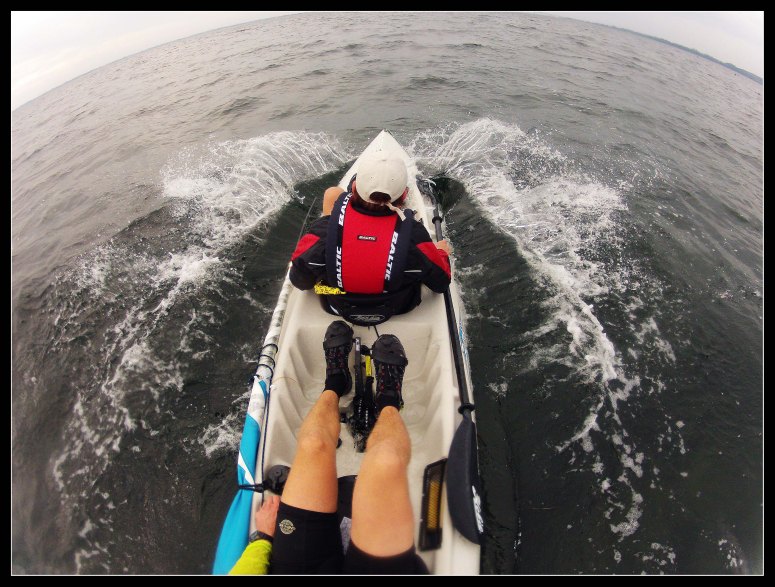 After a short break by Nyord Bridge Tiuri went in the back of the kayak and we crossed over Stege bay, going directly towards Dronning Alexandrines Bridge. A rough trip in hard headwinds and lots of places with shallow waters. We did find a way, and right before the bridge, we went in for lunch. 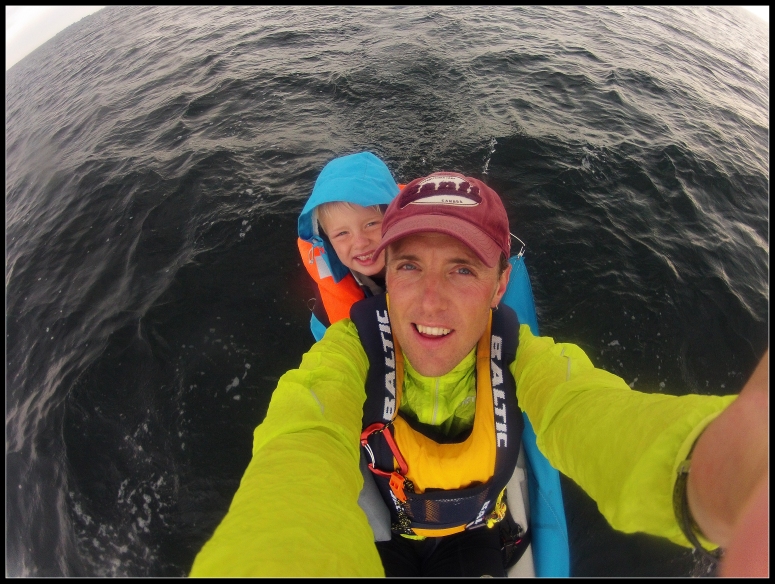 When we hit the water again and came under the bridge, the wind was stronger with a perfect headwind again. Tiuri sat in the front with my mum, so I was the only one working, hard work to just move forward with a average 3 km. I tried to set sail, but it was no help, too much wind and from the wrong direction. Four km before reaching the end, we had to stop, Tiuri was shaking from the cold. Every wave went over the kayak and with the wind in his face, he was wet and cold. On land he got some dry clothes on, and we sat him down in a big plastic bag, soon his was fine again. My dad called us, he could see that we were standing still on the GPS tracker, and askd if he should come and pick us up. Not a chance in the world, with only four km, that weather had to be a lot worse. The wind actually pick up and we had 11-12 m/s. But with Tiuri in the back in the plastic bag, we finished the last 4 k and could proudly go ashore. 90 km in three days, an awesome achievement for my 61 year old mother, my 6 year old son and me!!!

Tiuri trying to get warm 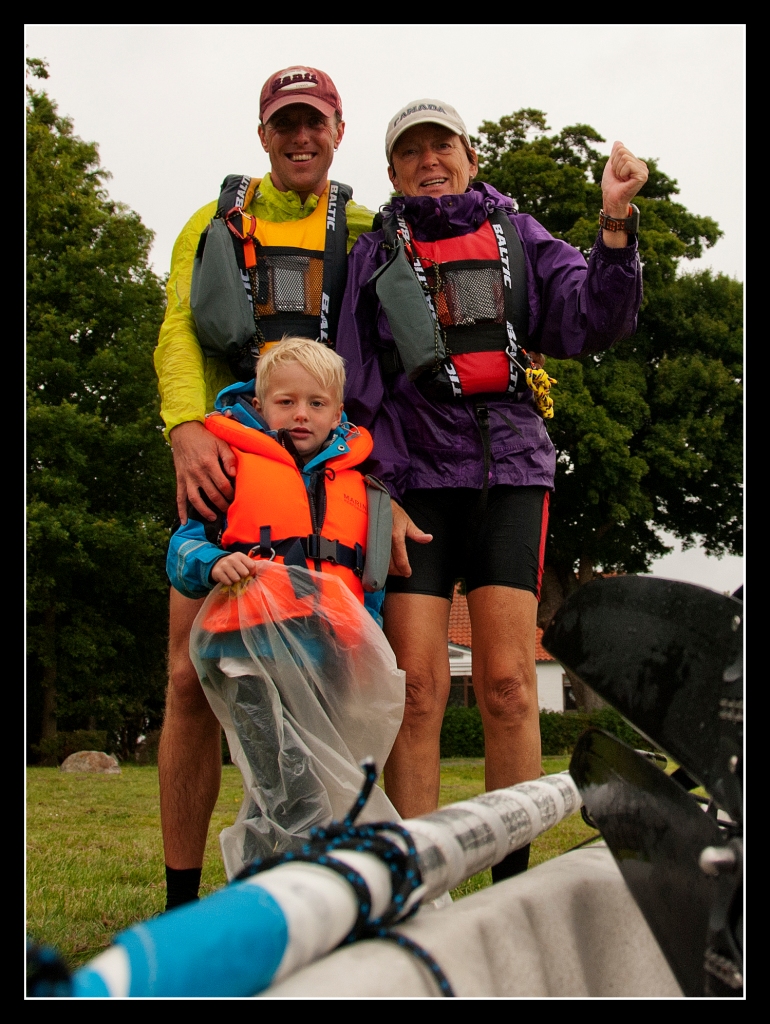 Support us, buy us a cup of coffee, and make our day!😊